This weekend I was off to Jamie Oliver and Alex James’ The Big Feastival 😃 How lucky was I? For the last few years Gary has slowly driven me passed this event, as it is only 5 miles away from where we live, and we have had the car windows down having a listen to the music! But not this year – we got tickets 🤗

It started off nice on Saturday morning, quite warm with a bit of sun. We watched Reggie n Bollie, they were good. We had a good wander around. It was a big festival! There was lots to see!

And then came the storm ⛈⛈⛈ It was real bad! We were incredibly lucky in that we were already in a marquee watching music on ‘The Udder Stage’ so we stayed put. The storm went on, thunder, lightning and torrential rain. Parts of the festival had to be closed for a while. ‘The Cheese Hub’ got flooded. The ground was saturated. So when the storm eventually stopped, the weather cleared and the people started to walk about again, you could say it became rather muddy! 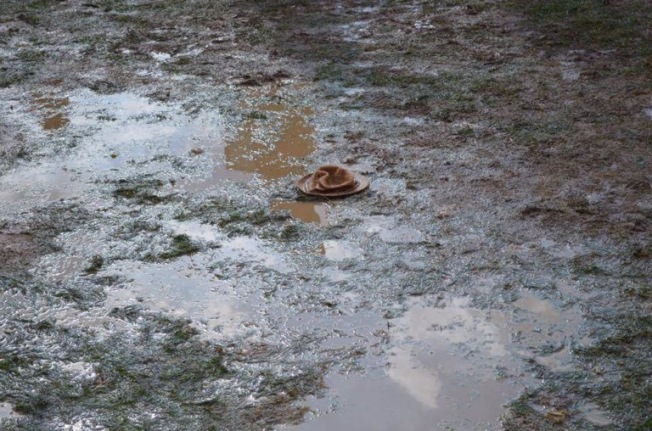 We watched Ella Henderson. We raved to DJ Fresh with Robyn! who was also there with her friends. I think we were two of the oldest people squeezed in down at the front but it was great, I REALLY enjoyed that. And we watched Tinie Tempah. 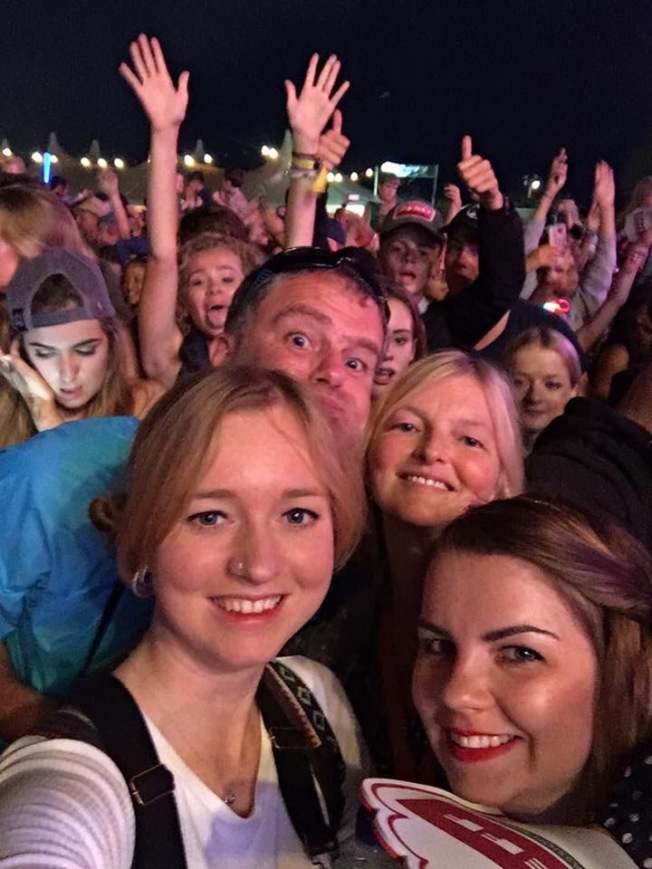 I was tired, my back was hurting, in fact my whole body was hurting A LOT from head to toe 😖

Sunday morning, and I really wasn’t sure how I was going to cope with another full day and evening at The Big Feastival – but off we went!

The weather was much nicer thank goodness. Quite warm and sunny for a lot of the time ⛅️

We had another good walk around. As well as the music there were lots of different food stalls to look at too, some giving away free samples 😋 We met up with my niece Claire for a while, who was there with Tia and Freya and some friends.

I had some freshly cooked tomato and basil pasta for my supper! 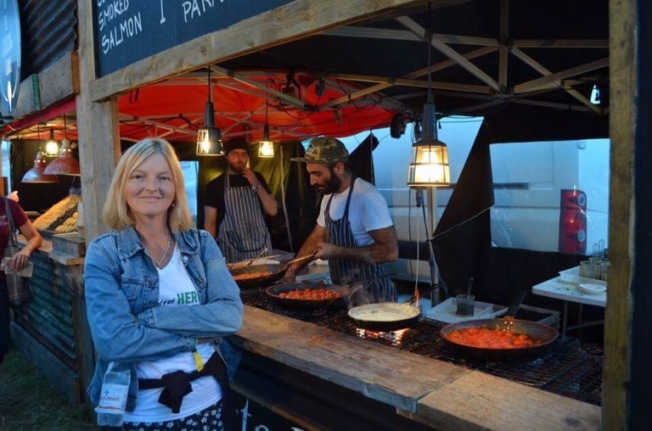 We watched The Proclaimers and the Kaiser Chiefs. It wasn’t until they had almost finished that I realised that I was watching Ricky Wilson who is also a coach on the TV programme ‘The Voice’ 😏 Sometimes my brain just doesn’t seem to work !!!

Well I did it. I survived it. I’m really not quite sure how

I would love to know just how many miles I have actually walked this weekend. Around and around the festival site as well as to and from the car, which we had to park some distance away behind all the campers in their tents!

I am now suffering – but I had a great weekend 😀

(I have uploaded photographs from the weekend to my Photos page. Please do have a look. I must give all the credit and thanks to Mr Gary Walker for the photography (and thanks to Robyn for the one I pinched from her!) as although I had spent lots of time trying to clear some memory on my phone, it still wouldn’t let me take any photos! 😤)