The next three days were spent at Cornbury Music Festival. Lots of music to listen to over three main stages and all kinds of other stuff going on! We were based at the Riverside stage, ﻿as Gary helps out there.﻿ 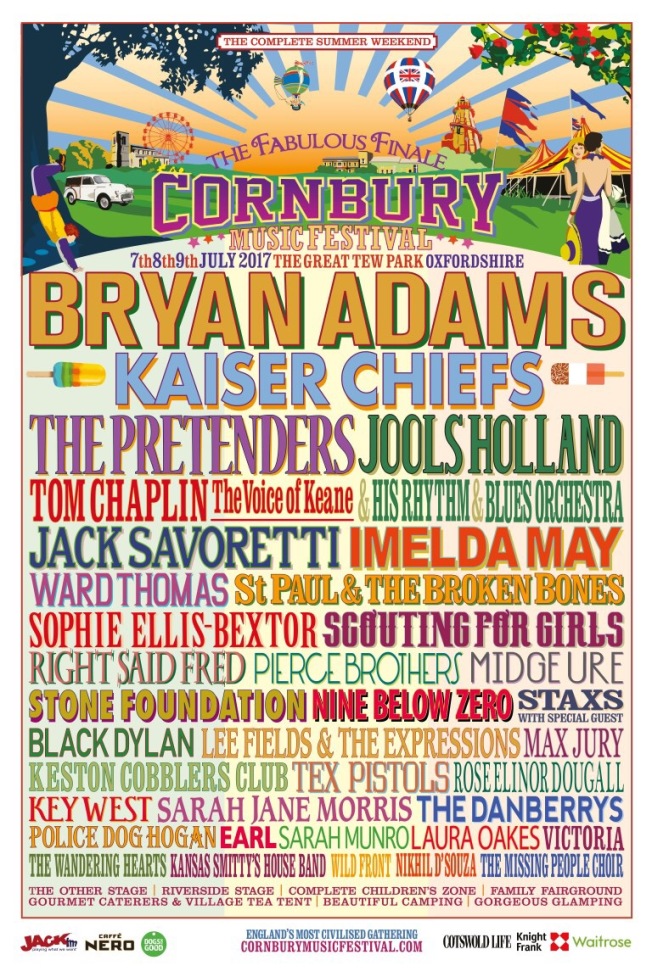 Robyn, Leah and their boyfriends plus an extra friend were all lucky enough to be able to go too. The weather was lovely, at times just too hot ☀️ We were all camping over. If you were awake during the night it was absolutely freezing in the tent, but first thing in the morning, as soon as the sun came up, the heat in the tent was just unbearable. I literally couldn’t breathe, I just had to get out as quick as I could and get some fresh air in my lungs!

Whenever I had the chance I took off for a little walk around the festival site. Adding all of my walking up together I managed just over 17 miles over the weekend 🙂

I think I managed to keep up with everyone quite well over the whole weekend and didn’t feel too bad all the way through, even though I really didn’t get very much sleep at all.

(There are also a few photos on there too from my hospital stay in April!)

Monday morning and it was time for the festival to be broken down. We all helped for a little ﻿while to clear some of the bits away from the Riverside stage area.

I even went for a bit of a walk on Monday evening after we had got back home with all of our bags and stuff.

I also had a bit of a wander out into the garden to see how my plants had been doing while I was gone! And I had a flower! 😁 The plant is called sempervivum montanum! Well that’s the scientific name

You may remember that one of the plants which I have been growing in memory of my mum, a liquorice plant, wasn’t doing very well. And while I was inspecting my garden I found the culprit 😡

He was curled up in a clump of the leaves. Naughty 🐛! I am hoping that the plant will get a new lease of life now 🤞

On Tuesday morning I was back to work. I was tired. I was late!

And then when I got home from work later that was basically it. I think my busy weekend with hardly any sleep finally caught up with me. I ﻿struggled. ﻿I think I just sat, I seemed to be in a bit of a trance, I couldn’t move or get myself into the right frame of mind to do anything. I was exhausted. I had so much I needed to do. But no, my body just was not going to do anything else. I didn’t even manage to take myself out for a walk in the evening – I must have been bad 😴