On Saturday we went in to Banbury as Gary needed to get his mum a birthday present. We wandered about the shops trying to find something suitable. After a while I started to feel a bit unwell again but I tried to ignore it and carried on. I managed to get a few things I needed but Gary wasn’t successful.

We also needed to go to Bicester anyway to pick up a strimmer that Gary had pre ordered, so we went to have a look around the garden centre there. Thank goodness we found some nice photo frames with a stand that he thought his mum would like.

Now to get the strimmer. But of course, nothing is ever straight forward. They didn’t have one there! What? It had been pre-ordered and we had been told to pick it up after 3pm today. So the lady said we could choose another one and she would give us a bit of discount on it because the others were all more money. Gary picked the next one up in the range. Wasn’t in stock either. So she tried to ring a couple of their other stores in Oxford to see if we could drive over there to collect it. One didn’t have any in stock either and she couldn’t get through to the other. Other people were now waiting, Gary was starting to get frustrated, she was too. She then suddenly said to go and get the other one, it was about £80, and she just reduced it down to the price of the original one we wanted, £30!! What a bargain! Worth the wait and all the hassle after all.

Called into Chippy Co-op to get some food then back to watch the rugby. England v Wales. We lost didn’t we 😦

On Sunday morning I went back home to spend some time with Robyn as she was going on holiday tomorrow. I spent the morning getting the bins ready to go out for collection!, chatting about things with Robyn and getting upset! Silly I know but I’ve always been like it. I don’t like saying goodbye to people

and I was going to miss her. She likes to nag me but she looks after me well 😇

In the afternoon I went to Gary’s mum and dads. Emma was doing her grandma afternoon tea as it had been her birthday yesterday, and we were lucky enough to be invited too 🙂 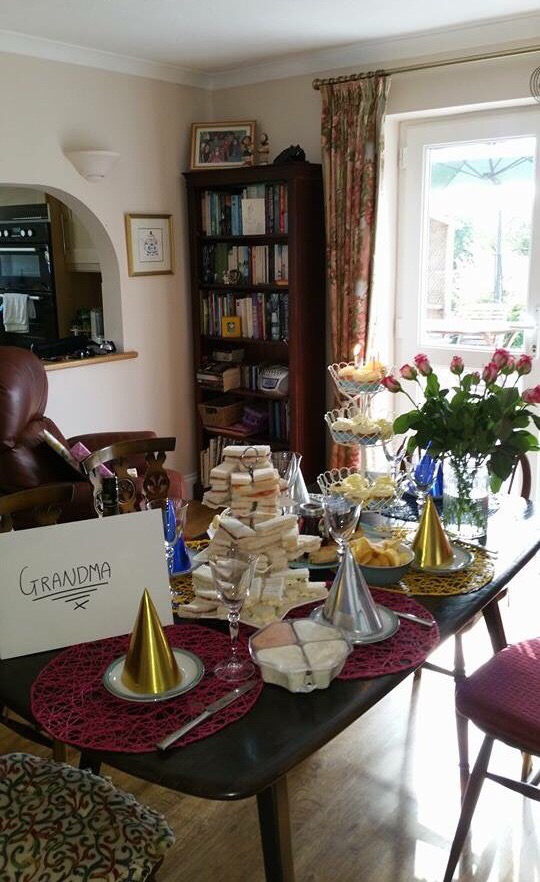 It was great. Well done Emma 😃

Now back home to Robyn and time to say bye 👋 Will miss you loads 😦 please be careful, but have a great time ✈️☀️