It had previously been arranged that Jack would go round to Gary’s with his chainsaw so that they could get the tree down in his garden. They did stop for the 2 minute silence at 11am though! 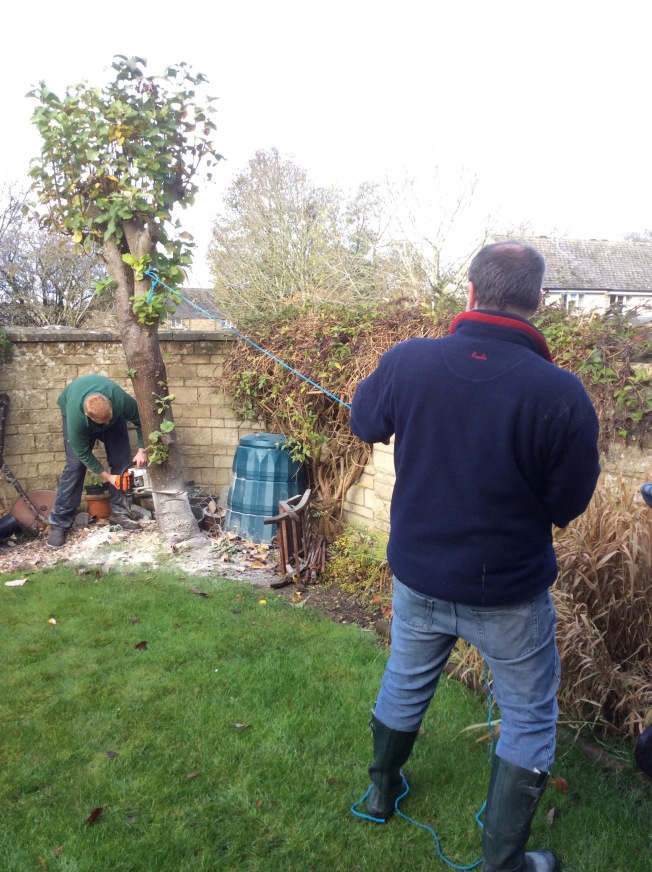 While I was out yesterday eating cake 😋 things were starting to happen in our house! And these continued later today! Lots of DIY 🔨🔧🔩 Gary was doing some jobs for us. We were having the loft boarded out and a loft ladder put up (so I can get up there myself and store and organise lots of my junk 😬) and also some shelves were being put up in the built in cupboard which is in my bedroom.

So I thought I would be nice and I cooked Gary a brunch of bacon, sausage, egg, mushrooms – I was quite pleased with myself!

Robyn had also decided to start painting her bedroom today. 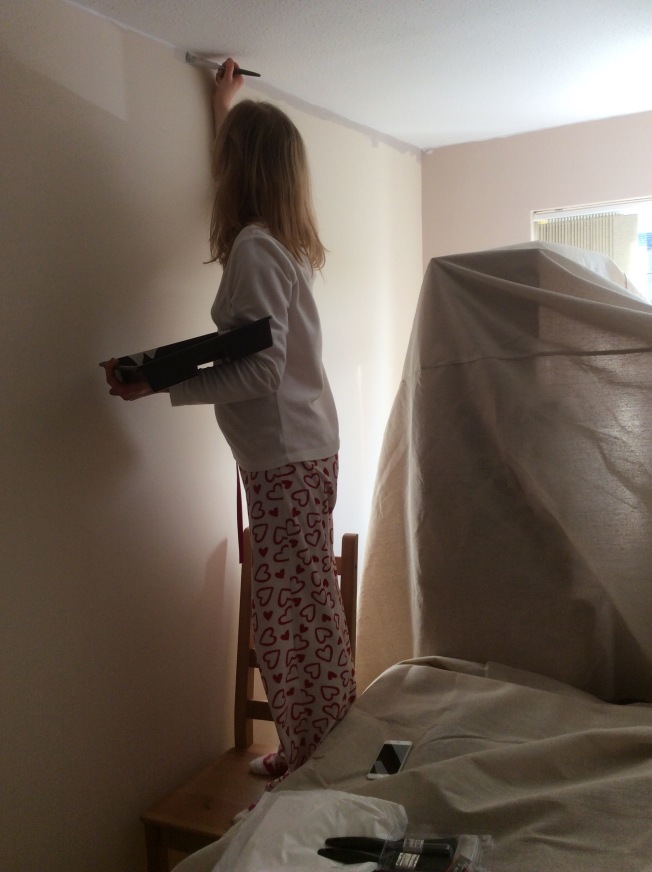 And then Julie, Hannah and Harley came round for a visit. You could say it was a bit chaotic in our house 😳