Thought I would have a bit of a Bank Holiday lie in this morning, but not sleeping, I was blogging and messing around on my iPad. Didn’t feel 100% either, so that was probably another reason why I was happy to just lie there.

Then me and Gary went down to Cafe Nero and waited to meet Hannah and my sister. Julie had decided she was going to become a blood donor, yay well done, so that’s where they had been this morning. 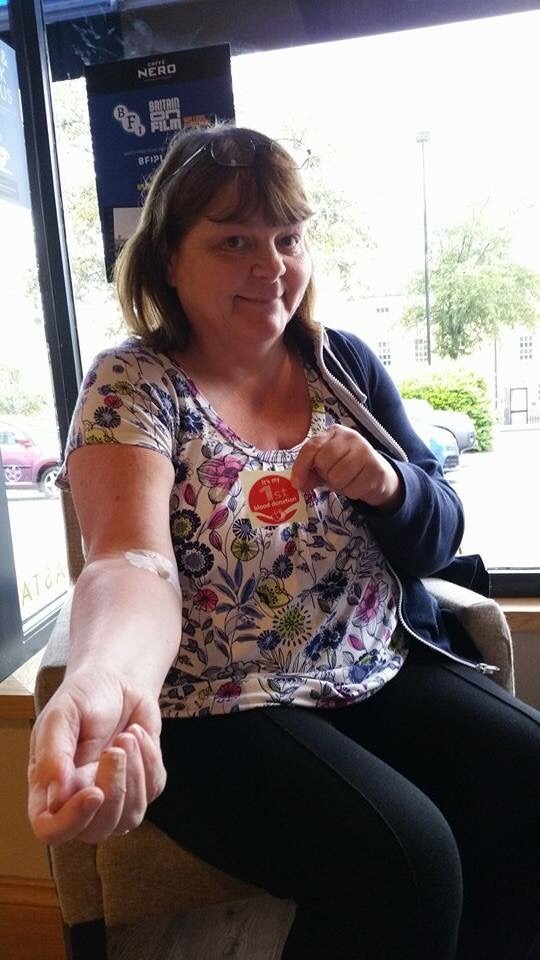 It was busy up there (good, lots of people donating blood) but this meant they were late getting to Cafe Nero. Robyn was also late. She had to do her nails and have a shower before she could leave the house! And she was hungover again. Her weekend had been spent at The Big Feastival.

So we sat with them for literally only about 10 minutes as we then had to go to Charlbury as Gary’s sister Ali and family were over visiting. Lily, the oldest daughter who’s 13, had made a big lasagne. I managed to have a bit and it was really nice. She had done a really good job. I don’t think I could make one anything like that. Well done Lily 🙂

Tuesday was Kate’s funeral. A day we had all been dreading. Robyn, Leah and me all went. She had asked for everyone to wear something yellow. We were also all given a yellow bracelet to wear. And most of the flowers were yellow too, she loved sunflowers. A VERY sad day.