This morning Gary thought he should make a start on his Christmas shopping and I agreed with him. Well, I agreed that it does really need starting but I just can’t get my head round to thinking about it and actually doing it. I think I’m becoming a bit of a Bah humbug. I traipse round the same old shops weekend after weekend looking at the same old stuff and not knowing what to buy anybody. It drives me mad. And it definitely doesn’t help that I can only seem to walk around for about an hour at the moment and then my body has had enough 😦

Anyway that’s enough of my moaning, time to go shopping! We went to Swindon today and to one of those massive Asda Walmart stores. We both managed to get a few odd bits but nothing major

In the evening I was at Gary’s when Leah decided to FaceTime me! Robyn soon decided to get in on the act, I think X Factor was on the TV and they both decided to have a sing and dance around with a pair of pants on their head. 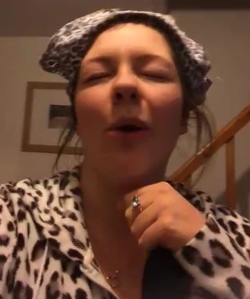 On Sunday in Australia it was #DonateLifeThankYouDay 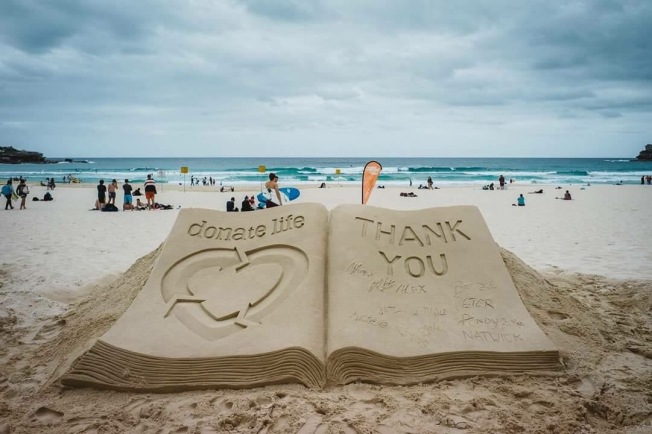 What a great idea and very clever too. I would have loved to have been able to be on that beach and to have signed that book.

What I was doing instead was going shopping with Gary and Robyn. I did suffer today walking around. My back was so painful I wanted to cry, I don’t know why it was being so bad today. When we had finished we went to Costa and I had a coffee and a really lovely mince pie from there. That cheered me up a little bit! That was until I discovered that I had left both my iPad and my phone in the car. The other two were straight on theirs, I was left sat there twiddling my thumbs!