Monday. Robyn’s day off. So after she had been to the gym we went shopping in Banbury. And can you believe I now had a sore throat.

Tuesday. My first day being back at home alone for a while as Robyn has been on holiday from work. And I now had a cold. My nose was streaming

But I still spent quite a while down in the kitchen as I had been out and about for the last few days and the jobs had been piling up at home. I also finally put together some plastic drawers I had bought last week so we could start using it to store our fruit and vegetables. We buy so much of them and they always just take over the kitchen table! And there was lots of Jake’s dog hairs waiting to be hoovered up apart from all the usual kitchen jobs.

Wednesday. I was beginning to feel quite poorly. Starting to cough as well now so just a day spent around the house. Is this what I am going to be like now? Catching all these silly little bugs that are always around. Obviously feeling much much better than I have for a long long time, but never feeling 100%? I was a bit fed up with it all today.

I peeled the potatoes and prepared lots of vegetables for mine and Leah’s tea and then left her to cook it while I did a bit more spring cleaning in the kitchen! Yay, we now had space to actually eat at our kitchen table!!!

In the evening I watched the second Gift of Life programme. This time a lady who was sent home to get fitter so that she could go on the transplant list for new lungs, a young girl that eventually got a lung transplant and is now doing well, and a 3 year old girl that had a heart transplant but very sadly still didn’t make it after a few months. As I said it WAS sad but still a very interesting programme.

Thursday. Still not well. And the weather was miserable. But I had planned to meet my friend Jackie for a cup of tea. So I made myself get ready and I walked into town. I went to the bank first to pay in the money from our Organ Donation promotion day, so I could get a cheque sent off to them. Then I went in to Co-op to wait for Jackie. I saw a few people in there who said why on earth was I out on a day like this and why hadn’t I been to the doctors. I saw Hannah and even she said what was I doing out and I should be at home in bed! I did look and sound a bit rough

I’m also due back at work very soon and I have to go feeling like this? Am I going to make it back or am I going to be on antibiotics for a chest infection? 😷

Had a good cup of tea and a natter with Jackie though (between the coughing), then went home and still did some washing up. I never seem to stop!

Leah made herself a great tea. 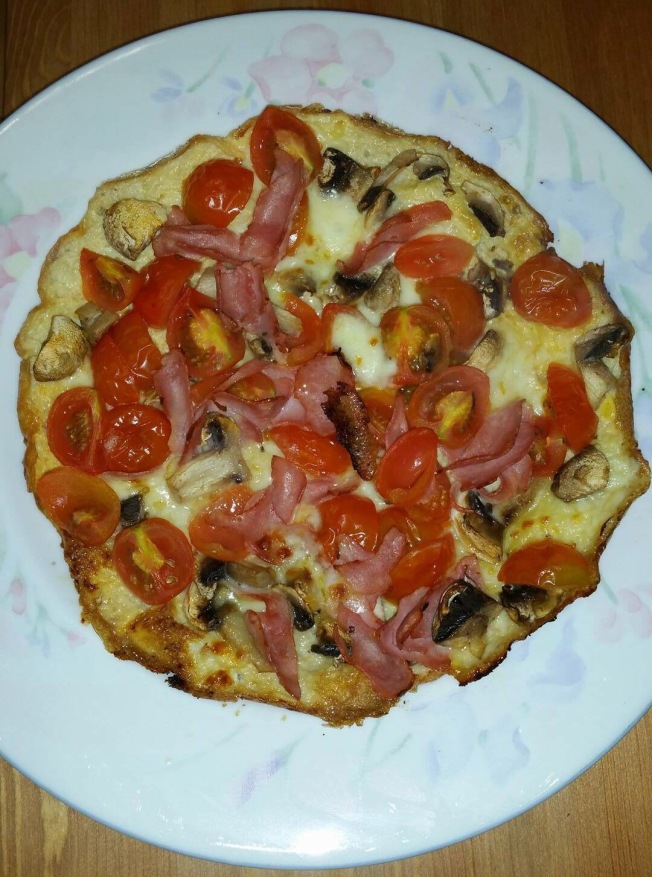 Pizza omelette. I’m going to get her to make one for me as well next time!